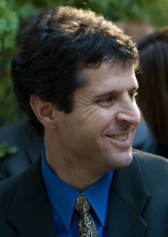 David Tollen is the author of the American Bar Association’s bestselling manual on technology contracts, The Tech Contracts Handbook: Cloud Computing Agreements, Software Licenses, and Other IT Contracts, for Lawyers and Businesspeople (ABA Publishing / IP Section 2015). He also teaches IT contract drafting and negotiation at the UC Berkeley Law School.

David represents buyers and sellers in cloud computing, big data, and software license agreements, among other technology contracts. He also provides advice and assistance related to privacy, e-commerce, and IP rights in software. He has broad experience with large-scale technology outsourcing, international transactions, and procurement contracts for financial institutions, among other matters.

In addition, David serves as an expert witness in litigation about IT contracts. And he provides professional training on drafting and negotiating technology contracts, through his separate company, Tech Contracts Academy. He is also a sought-after speaker on IP and IT legal issues.

David founded Sycamore Legal. He has served as General Counsel of a publicly traded software company, as Vice President of Business Development for a profitable technology start-up, and as an associate with Morrison & Foerster.

In his spare time, David writes about history and science for young people. He’s the author of an award-winning educational novel called The Jericho River — and of Secrets of Hominea, recently published. (You can learn more about David’s non-legal writing at his fiction website.) He is also a member of the Board of Advisors for Ancient History Encyclopedia, the world’s most-read encyclopedia about history.

The Tech Contracts Handbook, by David W. Tollen: Number-one bestseller from the IP Section of the American Bar Association, consistently from 2011 to 2018;  used in law school classrooms

Member of the Board of Advisors, Ancient History Encyclopedia, 2017 – present

Financial Institutions Committee of the Business Law Section of the State Bar of California: 2009-2011

What our Clients Say

David Tollen has been my advisor and close confidant for almost ten years. The Sycamore lawyers’ ability to understand technology and cloud computing in particular helped us to pioneer contracts, service level agreements and policy documents that were first of their kind and became state of the art. They can truly enable a cutting edge technology business and they are a pleasure to work with.

John KeagyFounder, Chairman, and CEO, GoGrid LLC
The testimonial above does not constitute a guarantee, warranty, or prediction regarding the outcome of your legal matter.
We use cookies to ensure that we give you the best experience on our website. Find out more